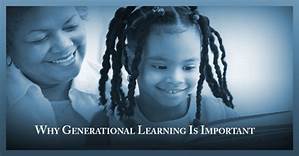 1 Listen, my sons, to a father’s instruction; pay attention and gain understanding.3 For I too was a son to my father, still tender, and cherished by my mother. 4 Then he taught me, and he said to me,  Proverbs 4:1, 3-4

When I was a child, one of my favorite visits was to may grandfather’s home. He was a big man standing nearly 6’3”. His choice of clothing was usually blue Levi overalls. There was a middle pocket over the chest which allowed him to carry his pocket watch that had a train impression on the case. I would climb into his lap and place my head upon his chest so that I could listen to the watch tick. We would open the watch look at the time and numbers.  Then he would let me wind the clock back up. It’s a memory that all of his 28 grandchildren were able to enjoy…just not at once.

Solomon is highlighting the importance of generational learning. He is talking to his sons about the wisdom that he gained from his father. Several mentions need to be made first, then some applications.

You possess the baton of the generation before you. It is a joy and privilege that only you carry about your parents and grandparents. The baton is passed during quality time and inside of conversation. Share your life.