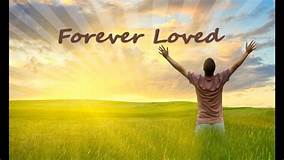 As recorded in the Bible of a book in her own name, Esther is a queen with a big decision to make. No one is allowed to approach the King without an invitation first. If the King is displeased with your entrance it could mean banishment or even death. Once you appeared, you had to wait for his scepter to be raised to show acceptance or his disapproval. Queen Esther had people pray and fast with her for the right decision and the right timing. Her resolve is immortalized in the phrase, “if I perish, I perish.” You can read the full account of this part of her story in Esther chapters 4-5.

Christians are different than every other person in the world because we have the constant favor of approval from a loving heavenly Father. The Holy Spirit that we receive at salvation removes the fear of the unknown of whether God is pleased or not pleased with us. His presence and His still small voice are constantly in agreement that we are loved and accepted. We have the privilege of entering the heavenly throne and talking with our daddy, God.

The fear that Paul is addressing in Romans 8:15 was common among slaves who lived constantly under the burdens  of tasks. These burdens are never ending and always under the scrutiny of approval. A slave is never free. A slave remains under the pressure of “did I perform well enough?” Paul takes this analogy and overlays it with the demands of the Mosaic law.

The Mosaic law and God’s law written on our hearts can be summed up in the phrase, “If you obey, then I will be your God.” It is a contract  in which we know we have sinned and therefore failed in the first part of the agreement. We appeal to God to be merciful, but fear of his disapproval lays constantly simmering at the core of our heart. What is to become of the one who remains guilty of violating God’s demands? The punishment is death.

Praise God! We are no longer slaves but children of God. Faith in Jesus substitutionary death on the cross for us, has bought our adoption into the family of God. Verses 14 and 16 of Romans 8 that wrap around verse 15 are bookends to prove Paul’s point that we are children of God.  14 For those who are led by the Spirit of God are the children of God. 16 The Spirit himself testifies with our spirit that we are God’s children. Children live in constant favored status before their dad who loves them. Paul is shouting in letter form, that Christians no longer live in the fear of the “if, then’s”. Children are specially favored and loved, and that is what you are because of Jesus.

On this Fear Not Friday, reflect on the privilege of being a child of God. Memorize Romans 8:15. Do you share the familiarity of being close enough to God to call Him daddy? Are you sensitive to the Holy Spirit’s voice reminding your spirit of your favored status as a child of God? You have been rescued from the kingdom of darkness of fear, doubt and worry of being accepted by God. Jesus paid the ultimate price of rejection for you. Live in the freedom that Christ has set you free and Fear Not.